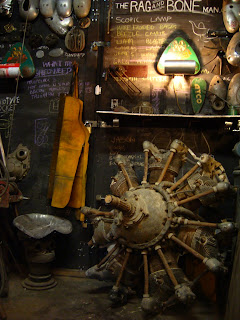 Doesn't this WWII relic look settled at the end of the workshop... this stunning piece of engineering is a Jacobs R-755-9, a seven-cylinder, air-cooled, radial engine for aircraft manufactured in the United States. It has a dry weight of 505 lb (229 kg) which wasn't easy to manhandle out the back of a van to its current resting place by myself. The engine has a displacement of 757 cu in (12.4 L). When this was made engineers were engineers and did not have computers to help them design power plants. How did they know where to put all the oil chanels in the casting and what size they should be? Trial and error I guess? 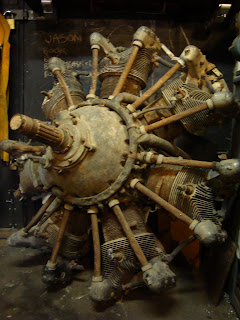 We collected the engine from an american ex pilot called Robert, who used to fly this type of aircraft and engine.
Robert informed me that the Jacobs was accepted by the USAAC on 1-16-1942 on contract #W535AC20630 and mounted on a Stearman PT-18 which was flown from one of the primary training fields around Phoenix, Arizona.  The Stearman was later stored at Williams Airfield near Chandler, Arizona and at some point sold to an aircraft salvage yard in Chandler from which Robert recovered the engine (and others by the sound of it) the airframes having been scrapped.
Robert brought them to England in a container. The  Stearman was a bi-plane used to train young pilots during the war.

Some of the cylinder heads are damaged and the pistons are frozen in position so the crankshaft does not turn, I will carefully try to free this up and do my best to respectfully dismantle the rusty hulk. 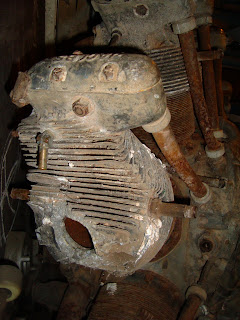 I hope to honour the history of this engine with some research and a lot of hardwork to turn it into something similar to my previous chandelier below. Chandler, Arizona to Chandelier in 70 years, watch this space...... 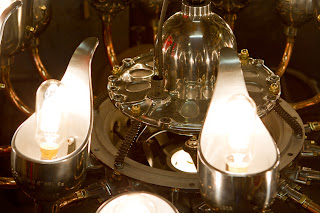 Look out for this program on 4OD. 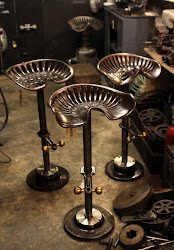 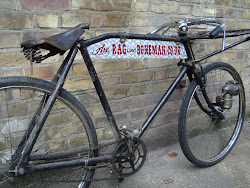 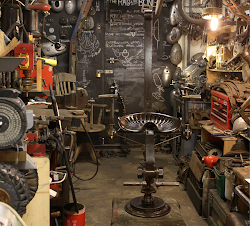 Nominated and shortlisted for,

the rag and bone man
The rag and bone man is the maker and purveyor of bespoke unconventional metal furnishings. Transforming junk collected around the East End of London on a vintage trade bike and recycling it into new and industrial lighting designs. His work is inspired largely by Art deco and the machine age. Each light is unique, fabricated using a wide variety of skills including welding, brazing, polishing, lacquering and various patinas. His philosophy is to keep working with the parts he has or source what is needed allowing the materials to dictate the development of new assemblages. 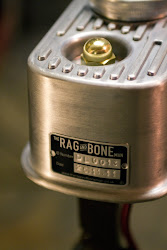 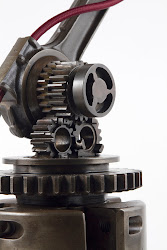 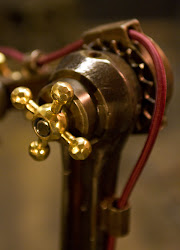 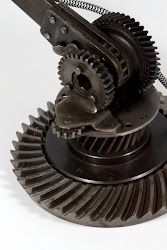 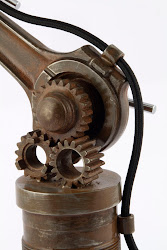 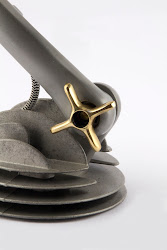 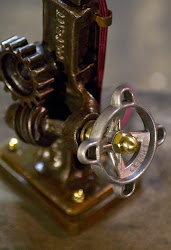 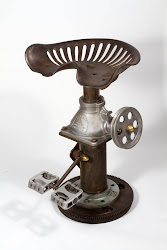 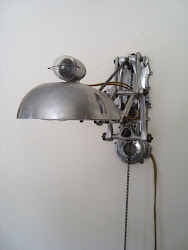 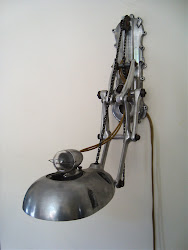 Many of the lamps feature vintage motor bike parts that are not damaged in the process of making the lamps [unless they were in a very bad way before] and are therefore restored and preserved for unborn generations to enjoy as future vintage lamps or returned to their original purpose if needed. 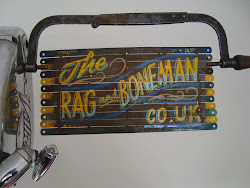